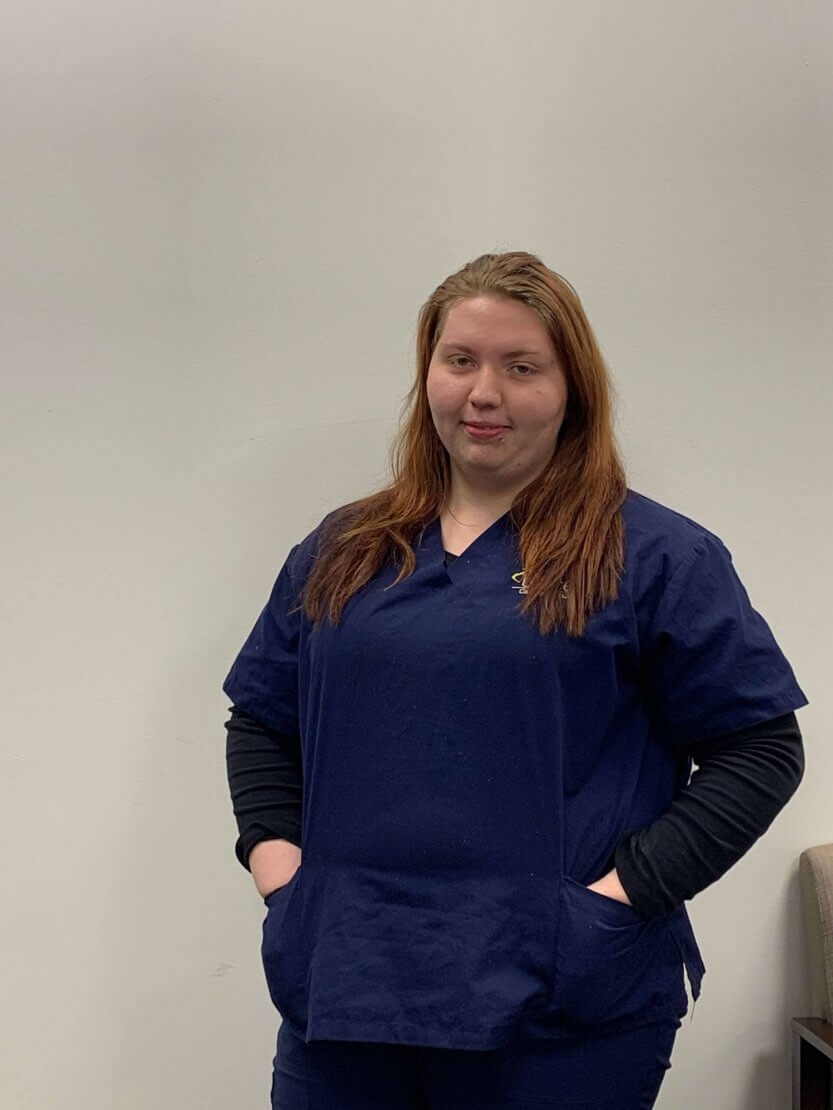 She enrolled at the Irwin campus in the summer of 2020. She graduated from Latrobe High School and attended EWCTC while working as a CNA. She chose the Medical Assisting program because she thought it would be a good stepping stone into the medical field. United Career Institute was a good fit because she liked the idea of our small classes and felt that we had a positive atmosphere.

So far, her favorite instructor has been Kelly Shriver. Aleesha said, “She is understanding and always willing to help in any way she can.” She feels that the staff is very welcoming, and her favorite class so far has been Anatomy and Physiology. “I liked that class because I was able to learn about how each and every body system works,” she said.

After Aleesha graduates, she hopes to work as a medical assistant. Possibly in a pediatrician’s office! Later down the road, she hopes to have her BSN and work at a children’s hospital. We wish you all the luck, Aleesha!!

If you want to get into the medical field and like the idea of small classes like Aleesha, request information here and learn more today!

The information on this website was current at the time it was published. It is updated periodically. For the most current information, contact the campus directly. The information presented in this website is general in nature, addressing only highlights and not meant to be complete. Interested individuals should review the school catalog for details.