United Career Institute Mt. Braddock is thrilled to introduce you to our May Student of the Month, Shawn Hull! Shawn is a Medical Billing and Coding student and has been with us for almost a year. Since he stepped foot into this building, he has been a joy to be around! 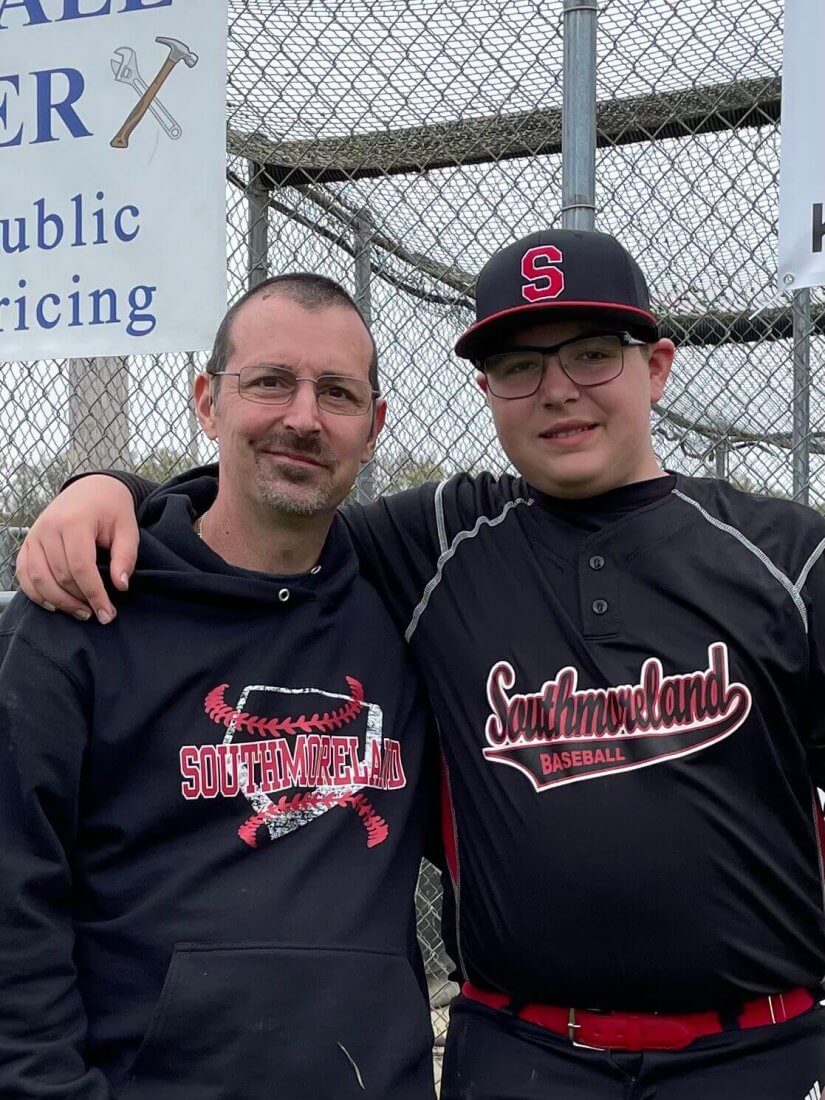 Prior to attending United, Shawn served in the Air Force and then attended Triangle Tech. While some discouraged him from attending school at that point, he persevered and used their doubt as motivation to reach his goals. He says, “After I retired from the Air Force, I attended Triangle Tech and received my Associate in Specialized Technology Degree in Refrigeration, Heating, Ventilation and Air Conditioning. Even though it had been many years since I attended high school, I took the opportunity to further my education to provide better for my family. When I first started talking about going back to school, there were some that said I was crazy and that I would be lucky if I graduate. That’s all it took, and two years later, I graduated first in my class with a 3.52 GPA.” Shawn worked as an HVAC installer for a local heating and air conditioning company before he decided to return to school again.

When Shawn began looking into schools where he could continue his education, he couldn’t ignore all the great things he heard about United Career Institute. “I had friends and family members who attended and graduated from United and heard nothing but great things about the school [and] its curriculum and staff. United’s reputation was hard to ignore, which made my decision to attend United a no-brainer,” he says.

The small class sizes and attentiveness of faculty and staff are some of Shawn’s favorite parts of attending United. “I really like the small class size. It gives the teachers the ability to pass on all the information we need to succeed with less distractions than you would have with larger classes.” While Shawn thinks all of the faculty and staff at United are “awesome,” one instructor in particular stood out to him because of how welcoming she was. “I can’t say that I have a favorite. All the teachers and staff are awesome. They are always available if you need them. Whether it be before class or after, they always make themselves available. There is one, however, that comes to mind more than the others, Jade Teets. The first day of classes, Jade made me feel very comfortable, especially since I am the only guy in the school and all my new classmates are young enough to be my daughters.”

Shawn had a little less trouble selecting his favorite classes… “As far as my favorite class I would have to say first the coding classes and then Anatomy and Physiology. The coding class because that’s going to be a big part of my new career. A&P is just a very interesting area, and I learn something new every class. Not too bad for a 51-year old that thought he knew it all.”

After Shawn graduates, he hopes to work in a family practitioner’s office, though he says he would be happy in just about any healthcare setting!

Shawn says he would absolutely recommend United Career Institute to a friend! “I don’t think there is another medical career institute around that can touch the personable and professional environment that United has. The staff are in a category of their own when it comes to secondary education. From admissions to financial aid to teachers they all are second to none. Knowing now how professional everyone is here at United, tells me I made the right and only decision to attend United Career Institute to finally fulfill my dream.”

United Career Institute is lucky to have a student as dedicated as Shawn! If your story sounds like his, request information here!